2018 is ending, I will do a quick review of the personal projects I worked on the last 12 months, in order to keep track of what I accomplished over the last year.

I worked on 3 main personal projects over this past year:

There are lots of great resources on React (tutorials, blog posts, books, videos …), but most of them focus on a specific problem. Today, making an app is a lot about picking and putting building blocks together:

The hard part is to put this all together. This is the goal of this project: provide a well-documented example of a front-end app with real-world features and constraints.

The goal of this project is to let you discover docker/docker-compose with a simple use case in development, production (local kubernetes) and CI. I provide a highly documented README which I use myself as a reference.

The project itself ships:

At the time I’m writting this post, data fetching with Suspense is still not yet enabled in React (not even in alpha versions), Suspense is only available for code splitting (v16.8.0-alpha.1).

In march 2018, Dan Abramov presented for the very first time React Suspense. A month later, Andrew Clark made an other talk about Suspense, more oriented on placeholders.

In august 2018, Ryan Florence made a talk about route recalculating, where he presents how @reach/router can work with React Suspense.

In september 2018 (at this time, react was in v16.5.0), I decided to make a project based on the data fetching and code splitting features of Suspense to better understand the benefits of those features and expose them to other developers (since this will be a game changing for data fetching in React).

This year I made a few talks at local meetups:

This year, I worked a lot on React (I like this library and I’ve been working with it for almost 4 years). I also got deeper into docker with topheman/docker-experiments (every year, I like to pick a technology outside of JavaScript and do a little more than just a Hello World 😉 ).

The main guideline I followed this year was to ship projects that take in account the constraints you would have developing in team (even if I was working alone):

This is the first time I’ve done a screencast. It was an interesting experience (doing it in english, not in french 😉 ).

In 2019, I will try TypeScript – I already used it a little 3 years ago in topheman/angular2-sandbox to test angular@2 and ngrx, but now is definitely the time to check it out. 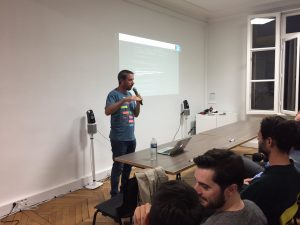 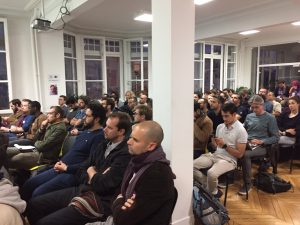