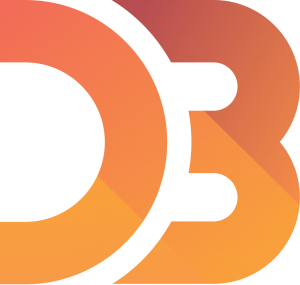 On the topheman/d3-react-experiments project, at the end of last month, I released a few examples of React components exposing charts based either on vanilla d3 code or react-faux-dom.

In this new release, I took a full JSX approach, using some components from the Victory library. I’ve already used some of them in the past (simple pie charts / histograms), but this time, I made a more advanced chart:

When you come back to some d3 code after a while, it can be hard to dive back in (even if it’s yours). This is where the declarative approach of React/JSX makes sense. It is easier to read and understand what’s happening, since you only have to deal with components that you feed with some props.

The code might be easier to reason about, but on the other hand, you’ll have to change your vanilla d3 approach to a component based one (and some times directly deal with svg via JSX).

When I started doing datavisualisation in React, I felt like each chart component library I tested was too weak / not composable enough – that all you could do eventually was a single pie chart, bar chart or line chart. I almost started my own library but didn’t go through when I realised that all I would have done was making exactly the same components as libraries like Victory …

In fact, you can compose those components with each others to make more advanced charts. That way, you benefit from already available reusable components. You can even break those advanced components in multiple reusable ones on your end.

In that case, there is a limit to reusability / composability. Like any framework which gives you high level abstractions, there will come a point when your needs will become very specific and won’t fit in. If you want to make some hard core visualisations like some of which you can see on bl.ocks.org, you’ll be better coding them in vanilla d3 encapsulated in a React component.